Play with your friends in a local multiplayer experience where one of you is a sniper tasked with taking down a group of spies intent on stealing precious artifacts from a museum. Can you figure out who the spies are and stop them?

This game requires controllers for the spies.

If controllers are not detecting, Plug in all controllers, and restart/reload the game.

Between rounds simply pass the mouse to whoever will be playing the Sniper.

If you find any bugs or issues, please let me know.

Really simple but really clean execution of the same idea as spy party. I even think this might be better than spy party(sometimes less is more)
Despite the RPG maker graphics this game is actually really well designed, but the sniper tends to not generate enough points. If you ignore the points system the game is much better. Out of playing about 50 games in a row in 3 player, the sniper didn't win a single game(even in rounds where it felt like the sniper played perfectly)

I have a mac computer and it works

Reply
The Squirrel Reviews3 years ago

Tried game with xbox controller and it works! Great Game I rate a 10 out of 5!

Reply
The Squirrel Reviews3 years ago(-1)

playstation contrler does not work

Sorry about that. I do not currently own a playstation controller I can test.

Ps4 Controller plugged into PC is working. Have to make sure you plug the controllers in before you run the game. 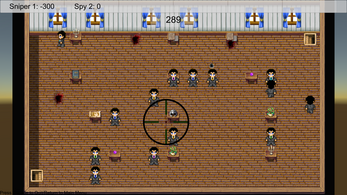 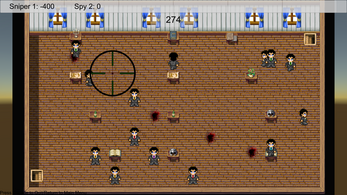 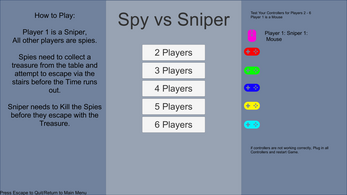 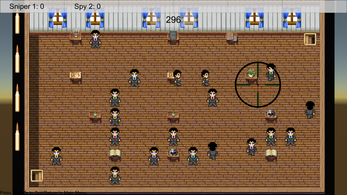